Saige:  I would like to welcome Theda Black, my Saige’s Stage Author this week.  Welcome, Theda!
I just have a few questions to ask.
Who do you consider to be your biggest fan?
Theda:  It might sound corny but it’s true—writing can be pretty lonely. Some writers have writing/critique groups they attend or work with online, some have advisors, some have people who read their work when they’re finished and offer their opinions/ideas. I have Cass, one of my best friends. She’s my first reader.
It’s easy to get too close to what I’m writing and lose feeling for what is right and wrong for the piece. Or sometimes I’ll pick up my story and do this weird brain-warp thing—suddenly it’s all hideous, how could anyone want to read it, blah, blah, blah. I know enough nowadays to realize when that’s happened and back away, but it’s really helpful to have someone who is familiar with my work in progress and who can give me a good shake and tell me to snap out of it. Cass is that person. She likes my work and my style a lot, and she has respect for it.
Normally I don’t have anyone read my work in the rough stages, but I don’t mind it with her—for one thing, she knows I’m going to edit anything I do within an inch of its life, and she sees through all the clumsy, rough stuff to what I’m intending. She’s very encouraging and gives me suggestions and ideas when I get in a bind.
There’s another reader (and this is probably a cheat, naming more than one person, but there you have it) who’d read some work of mine several years ago before I was published. Her name is Susan. She found me on twitter this past year. I was so surprised and glad to see her again. She’s so enthused, encouraging and a very nice person.
S:  What was the most different direction, emotionally, that your characters took you?
T:  There’s a guy in an unpublished story (it’s a completed rough draft called Eromenos) named Seth. Seth’s in college. His roommate’s name is Xander. Xander’s smart and handsome and trouble from the word go, through no fault of his own. He’s going through hell and Seth’s uneasy, he doesn’t want to deal with the things Xander’s going through, but then he realizes he wants to help. Xander’s worth it.
Seth’s got a good family, no tortured background, no big flaws or major problems that might make him vulnerable and lonesome or lean on this relationship in an unhealthy manner. He just has some very real feelings for Xander. And Xander hurts him, no doubt about it, though he really can’t help himself. Seth overcomes that. What’s more, once he decided he’s in for the long haul, he’s a total bulldog about it. He’s simply not going to abandon Xander, and while it could be a bad thing, an unhealthy thing, in this story Seth’s dealing from a position of tremendous personal strength. It feels brave and very much in love. It surprised me.
S:  When you started writing, did you write for the purpose of getting published or was it just for your personal collection?  If you didn't do it to get published, how and did you decide to do that?
T:  I started writing for fun. I was really young. I wrote a couple of children’s stories. After that I wrote a little for the school newspaper in middle school, then went on to some ridiculous, ridiculing fiction about my teacher in middle school that got passed around class (some very off-color humor in that). Then years later I wrote a piece of fan fiction in response to a Halloween challenge at a Yahoo group. It was very casual, fun stuff, but it was what started me on the road to thinking I’d like to submit work in the hopes of getting published.
S:  I started writing at a young age as well, but haven’t been published.  A story I’m writing now is for the purpose of getting published, but it wasn’t always like that, so I can relate in that aspect.
Pantser or Plotter:  Are you a “let it flow” type of writer or do you plot everything out first?
T:  I plot as much as I can to minimize the points where I go, “Uh, how do I get out of that?” or “Help me Obi-Wan, I don’t know what to do next!” Then it happens anyway.
S:  What advice do you give to aspiring authors?
T:  Keep writing keep writing keep writing. Be open to people who have things to teach you. Open a grammar book (or ten). Utilize good advice and recognize bad advice so that you don’t follow it.
For your stories, it’s the same as acting: less is more. Over dramatic prose will cheapen the story you’re relating. Keep your words fast and lean and moving.
S:  Thank you for that great advice and thank you for joining me today.  It’s been a pleasure getting to know you and I look forward to having you back some time!
Posted by Anonymous at 2:00 AM

Tuesday, October 19, 2010 - Interview with Tina Ordone - Sensual Romance Author of Her Timeless Obsession - one lucky commenter will win a free copy of the book

Tuesday, November 2, 2010 - Interview with Theda Black - one lucky commenter will win a copy of Theda's book,

Beneath the Neon Moon

Tuesday, December 7, 2010 - Interview with Brita Addams - a lucky commenter will get a free copy of Brita's book Love Immortal, releasing on December 4

Tuesday, December 21, 2010 - Interview with Kimber An - one lucky commenter will win a free copy of Kimber's book, Sugar Rush of The Ophelia Dawson Chronicles

Tuesday, January 11, 2011 - Interview with Leanne Dyck - one lucky commenter will win a free copy of Leanne's book, The Sweater Curse

Tuesday, May 3, 2011 - Interview with Lisa Kuehne - one lucky commenter will win a free copy of Lisa's book, True Intentions

**Please Note: I am not taking any interview requests at this time. If something changes in the future, I will make note of it here.*** 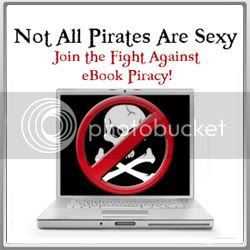 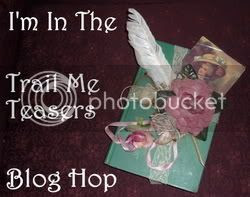